On Saturday, myself and Trent Hardy left Little Harbour, Placentia Bay for a nice 15km paddle. No real plan, we'd just head south along the shoreline and head back whenever we felt like it. The NE wind was forecast at 20kph gusting to 40kph, so the hills and shoreline protected us from the winds most of the way, except going around the different headlands. We headed south until reaching Pinchgut Point, took a peek inside and saw that the NE winds were blowing pretty hard out of greater pinchgut, so we headed back towards Little Harbour. We stopped on one of the beaches for a lunch, and tried out my new drysuit, and also my new waterproof camera (see the underwater photo below) Looks like I'll have some fun with that this summer. As we were heading into Little Harbour, the winds had really started blowing, making forward progress very hard, so we ducked into a small cove for a fire, a lunch, and waited it out. Finally after waiting a few hours, the winds dropped enough to let us make the last km or so back to the car. I took some great video of the winds from that cove, however I accidentally erased it. I also screwed up half of the pictures, not fully understanding the functions of my new camera. That won't happen again! I'm going to try to figure out how to post videos here, then I'll post a few small clips of the wind that day. 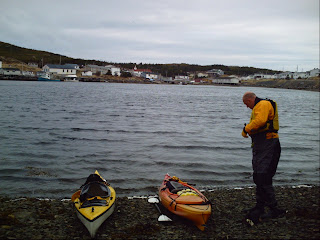 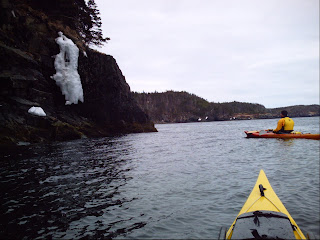 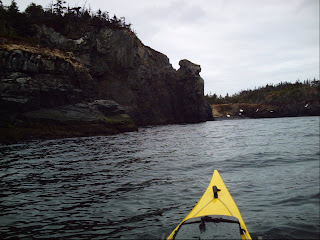 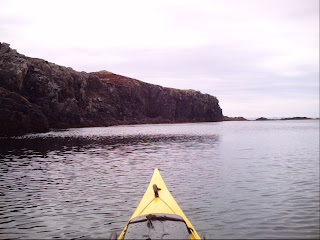 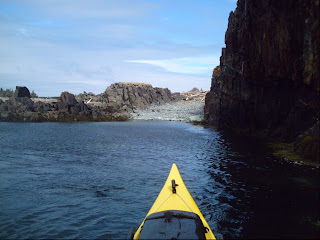 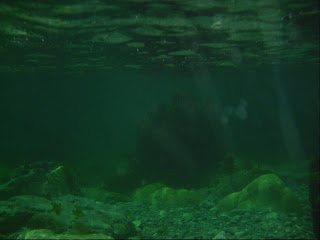 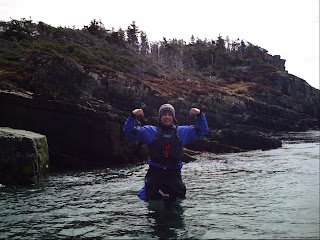 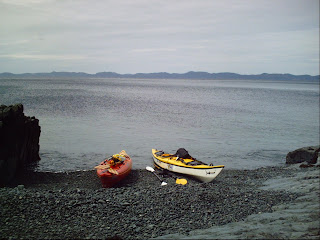 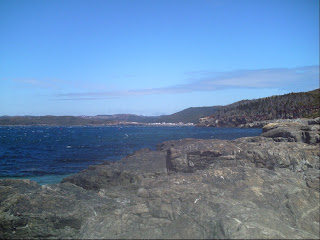 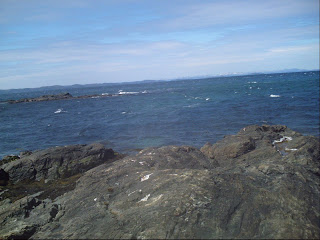 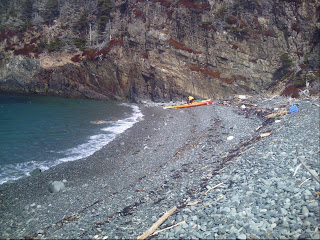 Waiting for the NE winds to die down
Posted by Brian Newhook at 11:50 AM 4 comments:

Me and Ang got out for a short 2.5 hr, 10km paddle around Avondale and Conception Hbr. It was a great day, no wind and relatively warm temps. Still a little ice around, especially in by Capt. Sid Hynes House. We also took a look at the shipwreck in Conception Hbr that interestingly enough has some trees growing on it. The water was COLD as @#!!, and on the anniversary of the sinking of the Titanic, I can’t imagine what it must have been like for them….I don’t think many lived long once they hit the water. 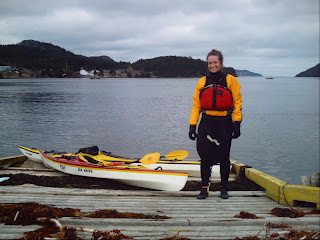 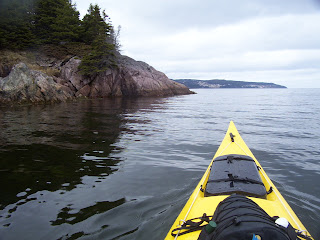 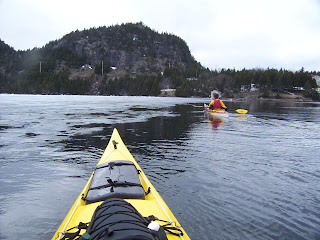 Still ice in some places 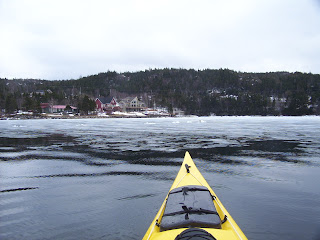 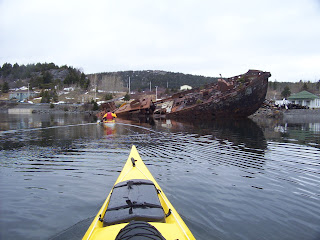 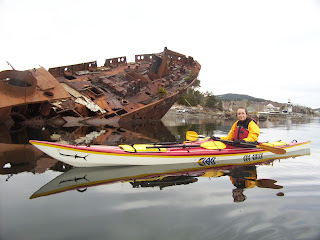 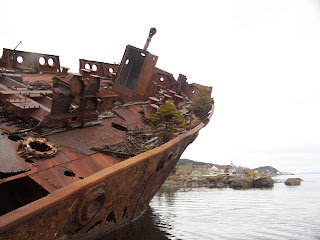 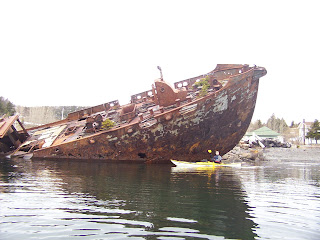 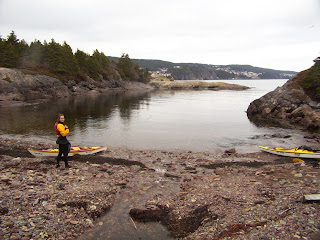 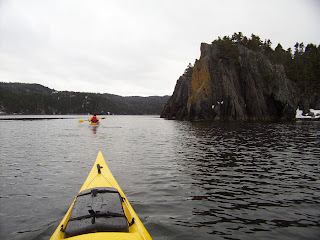 First Paddle of the Season

....and I forgot my camera.........turned the house upside down, and it turns out I had it left at the office......so unfortunatly, there are no pictures. Last year, the first paddle of the season in Colinet I also forgot my camera. Seems to be a trend.

Rock over London, Rock on Chicago.
B
Posted by Brian Newhook at 10:34 AM 1 comment: 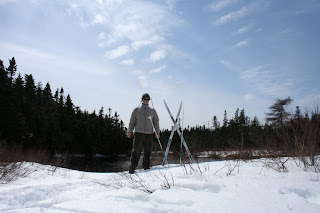 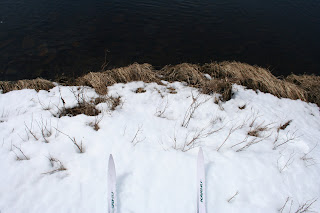 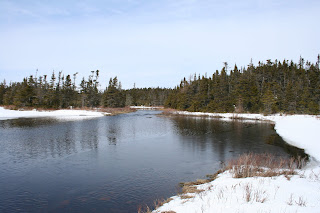 Being a beautiful day on Saturday, I decided to dust off the ol' cross country skis and go for a short run near my house. I had a few hours to kill before supper, and the wintertime extra insulation I have grown around my midsection was reason enough to get outside for a little exercise. Besides that, there were a few ponds and rivers that I wanted to check out, for a route I had been checking out on the map for this spring. If the rivers were big enough, I could paddle down the river near my house, and link up with a few ponds and end up at the pond near the town council. It would be about 7kms total, and make for a fun afternoon excrusion for some inland paddling.
So I strapped on the skis in my driveway and headed out.... The ponds were open in places, and there was not a lot of snow left, but I managed to pick my way about 4 kms from my house and determine what way the rivers flowed, and that I could indeed paddle down them in my kayak.
Now I have to keep praying for spring!
Rock Over London, Rock on Chicago
Posted by Brian Newhook at 11:57 AM No comments: