This past weekend, Angie and I finally completed 'Safe Kayaking Level 1' a course instructed by the Newfoundland Kayak Company (http://www.nfkayak.com/) This involved 2 evening sessions, one in the pool, one in a pond. And 2 full day sessions, the first day in the pond and the second day on the ocean. The quality of instruction we recieved from Richard, Neil, Jon, Craig and Dan was fantastic, we were very pleased overall with the course and highly recommend it. Here are a few photos of our day trip on Sunday, from Cupids to Brigus. 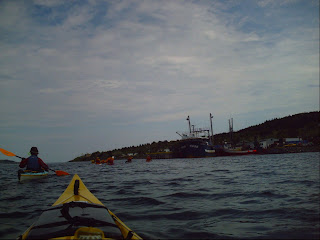 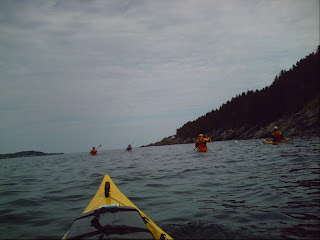 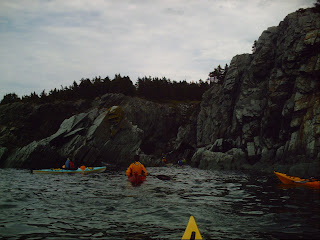 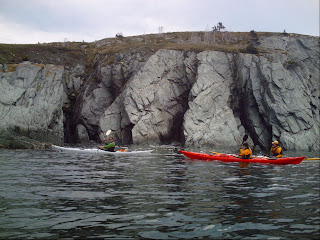 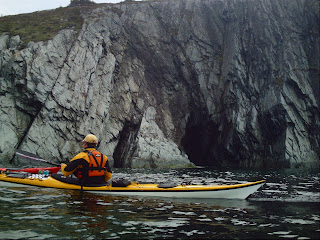 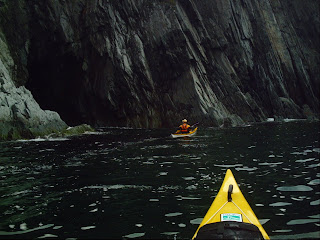 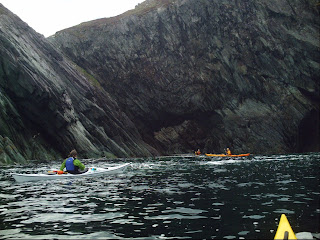 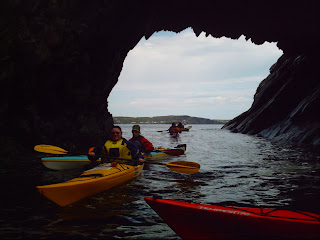 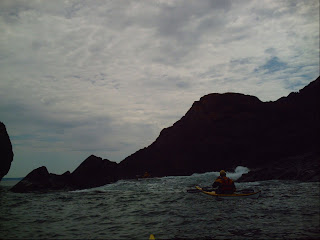 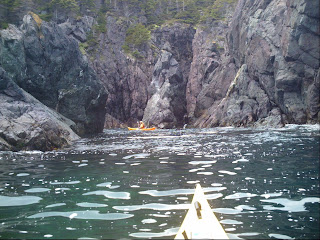 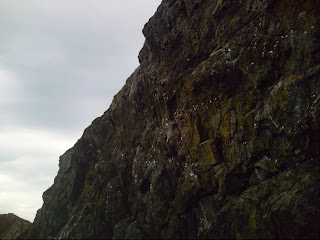 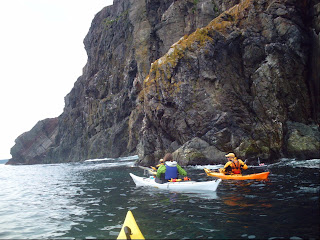 Posted by Brian Newhook at 12:30 PM No comments:

From Whitbourne to Colinet on the Hodge River and Rocky River

2 weeks ago, in the cold wind and rain (a reoccuring theme here in NL this time of year), me and Trent left Junction Pond in Whitbourne, en route to Colinet, St. Mary's Bay* via several ponds, Hodge River and Rocky River. The trip was 28kms and took about 8 hrs.

In Newfoundland, places are often named after something prominent or disguishing about the area. Take for example Rose Blanche, which was actually Roche Blanche, french for "white rocks" that can be seen all through the area. Sometimes, the name doesn't mean anything at all, its just a name. Take "Rocky River" for example, the name is quite decieving, there isn't much of a river. Just kidding. There is a river, but it can be pretty dry in places, and we ended up dragging our boats over certain areas, but overall it wasn't too bad. I invented a new kayaking technique, called "the flail". You use this when the water is a few inches deep and your boat is scraping bottom and you need just that extra push to get you over the shallow part and back into deeper water. What you do is simply flail about like a madman, and beat your paddle off the river bed, and you should move forward. :-)

It was a good trip, just really crappy weather, 6 degrees C temps, pouring rain and wind. Not a good day to be on the sea, but good enough to be on a river.

We saw a few Canada Geese, a few ducks and one moose.

Rock over London, Rock on Chicago
Brian
*edit - location corrected to St. Mary's Bay. I previously stated it was in Placentia Bay. I regret the error. 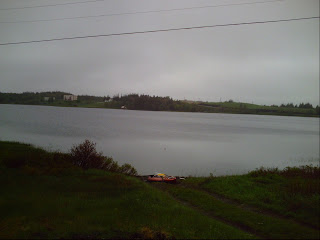 Leaving Junction Pond, near the town council building in Whitbourne 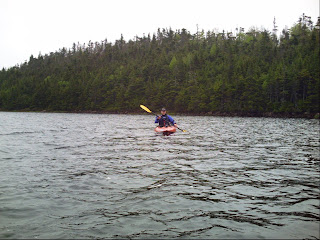 I am paddling Trents bathtub of a recreation kayak. A little different than my Seaknife, but ideal for what we are doing today. 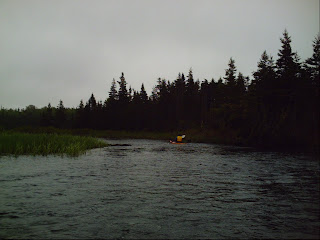 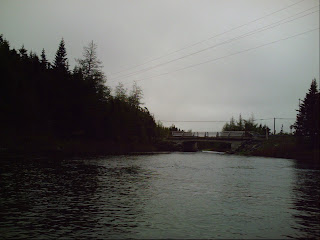 The start of the Hodge River in Markland 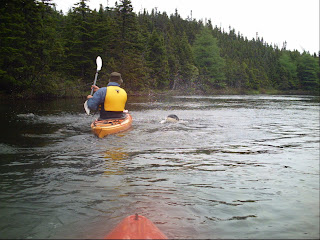 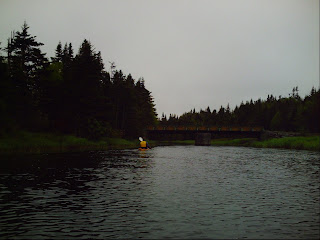 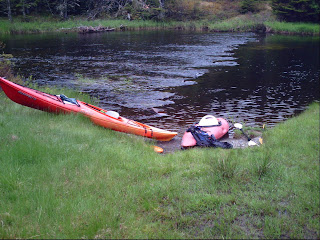 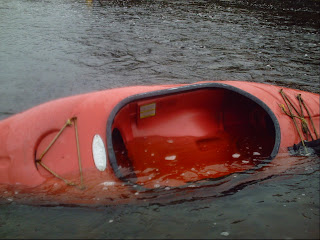 This is what happens when you are not paying attention. There I was, just doddling along on the river, and out of nowhere this rock jumps up and swamps me! The nerve! I got tipped on my side, my spray deck imploded and the water came gushing in. Good thing the water was only 2 feet deep.

I went down behind my house for a little paddle yesterday evening, boy I'm glad summer is here. 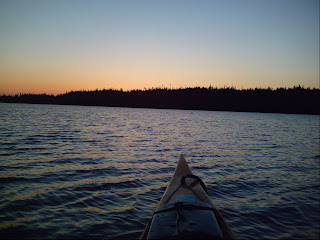 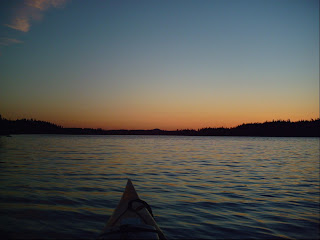 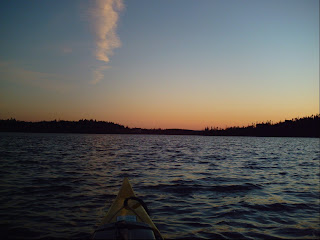 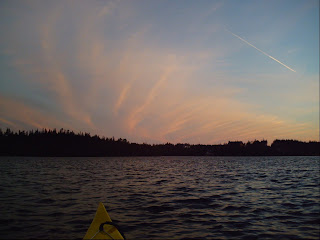 Posted by Brian Newhook at 8:59 AM No comments: